The Navy out with a press release today detailing an operation that took place on June 02, 2020. A Navy patrol aircraft first spotted the vessel which resulted in a call to put the USS Preble in place for a "long-range intercept." Within range a helicopter was put up assigned to HSM-37 'Easyriders' to watch over as the Law Enforcement Detachments did their business and secured the vessel.

Commanding Officer of the USS Preble stated after “This interdiction and drug seizure was a big win for our Navy and Coast Guard team,” also adding “Not only did we flex our sensors and communications suite, but our combat team was able to work across the interagency and contribute directly to a major line of operation with tangible results.”

An earlier article from May 20 confirms that Viken has supplied U.S. Customs and Border Protection with more than 200 HBI-120 devices. As for the Osprey UVX systems, the contract is for four, two in Laredo, TX and two in Brownsville, TX. With a completion date of July, August. 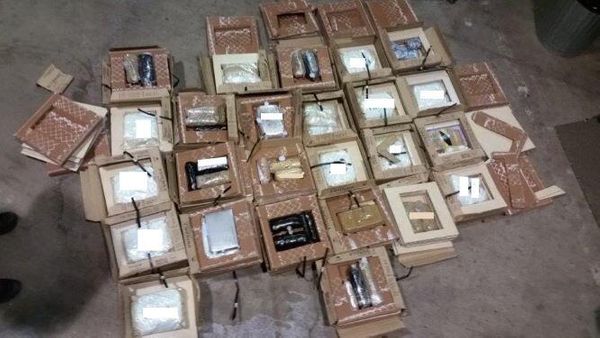 On Monday morning a U.S. citizen was found to have narcotics concealed in ceramic tile boxes. Such tiles could be used for all sorts of things and usually come