The Elite Group is often put forth by some as an all powerful paramilitary wing of the Jalisco New Generation Cartel (CJNG). Unstoppable it is said this group is. That if push came to shove the military of Mexico would have a difficult time combating it. Pointing to the groups weapons and military getup while exclaiming that Mexico is a failed state, a narco state, because it is the narcos whom they say run the show. This assessment usually is based off cherry picking a few of the most performative videos the group releases all year. Neglecting—if even watching at all—the dozens of others that are posted to social media throughout the year. By not limiting ourselves to such a narrow view, more things become apparent. First and foremost that the group doesn't congregate often in gatherings of that size. They don't drive around in conveys of dozens of camouflage vehicles with intricate logos slapped on the sides.

That portrayal of Grupo Elite as some highly trained and competent force doesn't coincide with reality. Propaganda might sound harsh to some but that's more or less what it is. Whether others continue to parrot that narrative for clicks or because the propaganda has actually worked, we'll never know. But what we do know is that these two videos give an accurate depiction of how Grupo Elite operates in Guanajuato. I think the assumption at times is that if the messages are signed by Grupo Elite, it must be those guys in the matching outfits with the camouflage vehicles who're doing it. These videos tell a different story.

The first is from the beginning of October and took place at an audio repair business. It shows one man approach the doorway of the shop and upon seeing someone inside begins firing his pistol. After he removes a narco-message he had tucked in his pants and places it on the counter in front. Then pulling out his mobile phone to take a picture of it before shooting the victim another time. Finally slamming the door to the business shut and fleeing. One article suspected he had help based on things they identified in the background. I don't agree with that assessment. The video shows everything around running away, none that look like they're accomplices.

The most interesting part of this is that he takes his cellphone out afterwards and takes a picture—specifically of the narco-message. This goes with my thinking in the last article that some of the imagery coming out of Guanajuato is being taken by the criminals themselves. Though, go figure in this case I'm unable to find the picture that he took. But it might point to something else. That the pictures are not being taken only to then be distributed. They could be taken for proof that the job was carried out, potentially with an additional monetary bonus as an incentive. I'm doubtful he's taking that picture for his own personal reasons.

A rough crop to just the paper and rotating it we can see around the top what appears to show a skull, maybe wearing a beret. CJNG draws skulls wearing berets. What should be somewhat apparent if it was from CSRL would be a triangle which I don't see, but it's also mostly illegible. I'd be less confident saying it was CJNG if that skull wasn't there.

The skull is not only seen on narco-messages. It was seen in their latest performance a couple months ago as part of the logo slapped on the sides of some of the vehicles.

I've also observed it sometimes featuring a rooster. An example seen here in this undated photo below. The phrase originally said by Henri de la Rochejaquelein a famous general from France. The original French translated literally as "Friends, if I advance, follow me! If I retreat, kill me! If I die, avenge me!"

This video makes evident that some of the Grupo Elite signed narco-messages are coming from a single person. There is not always a group involved. It also provides us an example of the perpetrator taking a photograph of the narco-message following the act.

This video is more recent, happening two weeks ago. It shows the assassination of El Wualo which I talked about in my last post. This footage annoyingly cuts off right before the man who threw the narco-message on the ground would have potentially taken a picture of it like observed in the video above. We do have a picture of the narco-message though so we know it was one signed by Grupo Elite. The first obvious difference in this video is the amount of perpetrators. There is even a fourth person not shown because he never exits the car. Neither is he in the drivers seat so I don't know what he's doing.

Something I also noticed about this is how the first person to shoot the victim, seated behind the driver, used a pistol. I don't know if this is a deliberate decision or not but it could be to limit others from getting hit by stray bullets. The guy with the pistol collapses the target while the other two shooting only towards the ground assure the target is dead.

In an unusual outcome, these guys soon after would get into a pursuit with police before crashing. Two of them killed and two arrested.

What to take away

From all of the firepower they show off, people presume that the group must operate with a high level of impunity. The matching uniforms and vehicles with logos attempt to portray a group that is well organized. I can hear folk saying "This ain't your grandparents drug cartel." Implying that these guys are more capable than the organized criminals before them. "They aren't just narcos, they're combatants" people will say. In all of this there is never any absence of sensationalism.

While it's true that CJNG does operate with some level of informal protection from authorities—even direct participation in some incidences. That doesn't mean they have a country wide free pass to just do as they please. Suggesting such a thing from a couple performative videos filmed in Jalisco is silly. For us to better understand the group, it's worth looking at other kinds of videos involving them. By doing so we can help fill in some of the mystery and misunderstanding that surrounds Grupo Elite. The security footage perspective provides some of the best evidence to judge the group by. Since naturally they're unaware of the cameras existence thus not altering their behaviors.

These videos provide a clearer picture of how the so-called elite group operates in Guanajuato. This isn't all that surprising if we think about it. There is little expectation for them to go rolling through the city streets of Guanajuato decked out. A more clandestine approach like the two detailed makes sense.

It's possible that the pandemic has hampered some of the groups congregating efforts. They did seem to play a somewhat more active role in 2019, the majority of their viral performances catalogued in here. Though I'm doubtful the pandemic has done all that much, other groups haven't shown any sign of slow up. More likely the reason is El Mencho's questionably health which has created disorganization within the leadership of the organized crime group. A reflection of that being less out of the Grupo Elite and more usage of mercenaries.

The misinterpretation of the group is not always so much from bad information—though that happens too—as it is from lack of information and a depth to that information. Typically what is written about the group is based on either a few videos or significant events involving the group that get them into the headlines. While videos from the Internet can't be expected to show the full picture. They can help to explain different things about how the group operates. Though problems arise when certain videos receive more attention than others. The hope is to build a more comprehensive picture of how the group operates by analyzing a variety of videos involving them. 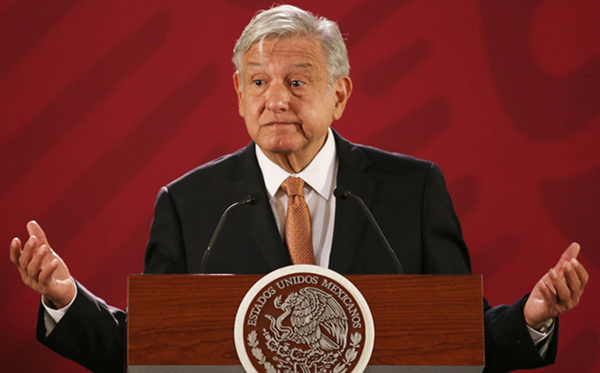 The birth of the CJNG