One of my original goals with this website is to attempt bridging the gap between the academic world and the rest of us. While some of it can get theoretical and into the weeds as we say, I believe a lot of it is approachable. There really is no better place to start than the work of John Sullivan and Robert Bunker in their A Small Wars Journal-El Centro Anthropology series. What I've enjoyed from their work is how approachable it is. It's all written by scholars but more in essay form as oppose to full on peer-reviewed research paper. I found this provides a text that is less verbose and more familiar, meaning less theoretical. Cited throughout are many current events that we would all recognize broken down further and carefully explained. At times of extreme violence it can be difficult to provide any sense to such acts.  Nevertheless I've found these texts certainly help us understand the why. Altogether providing a wonderful glimpse into these complex problems.

In trying to keep with my original goal I have been brainstorming over the last weeks ways to achieve this. All this week I've been working to redesign the Academia page. The great Mr. John Sullivan gave me a great idea last week when he reached out to see if I'd be interesting in reviewing his latest work. I don't feel I've come close to earning the title of reviewer but it made me think. It would be cool if I went through each chapter and discussed what I learned. So that is what we will do. Every Friday I am going to commit to posting an article going through what was talked about, what I learned, and how I personally think it's applicable to what is currently going on. In addition, I'll be making a post on the discussion board so that folks are able to ask questions and talk about everything that was mentioned. So without further ado, let's get started!

To kick things off let's start all the way at the beginning with the foreword titled "Narco-Insurgent-Gang-Terror (NIGT) Phenomenon" written by Mr. Max G. Manwaring. Starting off we're to imagine our current world and take a birds eye view of it, paying specific attention to the global security environment. Looking at this landscape the author says,

"one could see a multidimensional world in which one or one hundred political actors are exerting differing types and levels of power within a set of cross-cutting networks."

These one hundred or so political actors you can think of being at the absolute top of the hierarchy of world power. Ranging from people like the President of the United States, the leader of a multi-national terrorist organization, to the kingpin of a transnational drug trafficking organization. Some of these actors would be very obvious, meaning that their role of power is well defined, easily understood. Others not so much such as the terrorist leader or drug trafficker.

When military scholars discuss conflict, at a high level everything is placed into two boxes. You've got conventional or symmetric warfare, a fancy way of saying that when we think of war in the traditional sense, uniforms, tanks, marching bands, that is something with structure and rules to an extent. Those types of conflicts are in ways easier to plan for because ultimately there is some logic within it all. But as we go soaring into the 21st century scholars are finding that these kinds of conventional conflicts aren't as prevalent and that things are shifting to more unconventional conflicts featuring actors that aren't as well defined. On the flip-side you have unconventional or asymmetric warfare. Terrorists don't wear uniforms and drug traffickers are almost always civilians not actual state actors, even if cooperation exists behind the scenes. Looking at this one could see what Mr. Manwaring sums up as

Within this landscape of actors we find a vast gray area of hard to define belligerents that are involved in all sorts of trouble. This gray area could feature these groups in as many as five or six "unconventional 'wars' conducted in the same place at the same time." He provides some examples

"This is the gist of the contemporary asymmetric conflict, and cannot be considered to be simple internal law enforcement or social problems."

It is these kinds of actors that we are speaking of when we talk about the narco-insurgent-gang-terror phenomenon. The ways in which we have dealt with conventional actors in the past are unsurprisingly not working on these unconventional types. That things can't be dealt with "in one swell swoop easily, quickly, or cheaply." Which is often what the policy has consisted of in the past, go in, kill all the drug traffickers and that'll fix the problem. It doesn't, and that they instead need to be dealt with "holistically, over the long term, and with what Professor Jospeh Nye calls 'smart power.'"

I want to pause for a moment. Looking at this from a military perspective might be off-putting to some, but I would ask you to see that this perspective does not equate also a military response. It is simply the framework from which scholars have studied two groups of humans, whether conventional or unconventional, getting into conflict with one another. I think what you will find, especially in the 21st century, that the correct answer is often not a military response.  I'm far from a proponent of sending in the troops, but I find it valuable to understand why sending in the troops didn't work. That understanding provides me a better basis to argue against ineffective policies that the Drug Enforcement Administration continues to stand by to this day. Even after 100,000s of people have died from the Drug War, with no end in sight.

"Many political, military, and opinion leaders involved in the global security arena have been struggling with these 'new' aspects of the (NGIT) phenomenon for years. They have been slow to understand that militarily defeating the bulk of an insurgency, annihilating major terrorist groups, locking up gang members and crime posses, and deporting other 'undesirables' is not sufficient to the task at hand."

The video game series Fallout has a line in the opening skit of all of its games that says "War, war never changes." But from all indications you will see that in fact war has changed and is continuing to change. And that now the lines have been blurred, and things are not as structured or defined as in past conflicts.

"War is changing. It is no longer limited to using military and other kinetic methods to bring about radical change. Superior firepower is no panacea, and technology may not give one a knowledge or information advantage. . . This represents a sea change in warfare and requires nothing less than a paradigm change in how contemporary conflict is perceived and managed."

Mr. Manwaring describes two Cautionary Tales that we should be aware of, the first being the Sullivan-Bunker Cocktail. This cocktail mix consists of "three coercive and destabilizing physical-psychological-political measures by which a transnational state actor can successfully challenge the de jure sovereignty and security of a targeted nation state." The first element consisting of "murder, kidnapping, intimidation, corruption, and impunity." Add in there impunity and you find a situation where the ability for the state to maintain security and public service functions is put into jeopardy. The next element would be when they start to threaten the political establish and exert control over bureaucrats and elected officials. And lastly, reaching a level where they control actual geographical terrain.

The NIGT phenomenon can de facto transform itself into states-within-a-state, and criminal leaders control the authoritative allocation of values in that social or physical terrain.

At this point we start talking about Narco States, how they come to be and what they turn into. The second Cautionary Tale addressing what actually happens when states fail. Adding that failed states don't just go away, which only aids in the complexity. It's not like when a state fails that everyone gets to just start fresh, no they drag on. Relying on the support of other states or even international organizations for continued existence. A never ending domino effect that erodes away at democracy until it is no more. But Narco States is another book, one that reaches almost a whopping 1000 pages. We'll save that one for Winter.

Our main focus more so here is everything that happens before, and leads up to that point. Mr. Manwaring suggests that the cocktail can take awhile to reach it's full effect. But once realized, one will observe a "bazaar of violence that fuels the convergence of crime and war." Which is exactly what we see in some places. We have conflicts that are happening in certain municipalities of Mexico that look very much like war, in the sense of mass causalities and inescapable violence. But yet these states don't meet all the requirements to be considered failed states even though they check many of the boxes. The drug trafficking gangs have for the most part avoided politics. With their goals continuing to remain profit seeking and not seeking the power and crown of the state.

This essay does a good job of introducing us to the NIGT phenomenon and the different circumstances that it can be observed in. We are reminded that conflicts in the 21st century are moving away from their conventional roots and towards the unconventional. That the lines and rules of them are not as well defined as they use to be.

What I personally take away from this is that we always need to be asking questions. We need to be almost obsessive as to past failures and why they failed. But also at the same time not get too caught up in the past and instead be forward thinking.  That much of what we know about conflict is changing which is one of the main reasons why we have been slow to be successful in the 21st century and against unconventional actors. Because simply in many areas we're stuck in our old ways. I'm hopeful that working our way through this book will give us the ability to think outside-the-box and better comprehend some of the chaos we're witnessing at the moment.

Join in on the discussion! 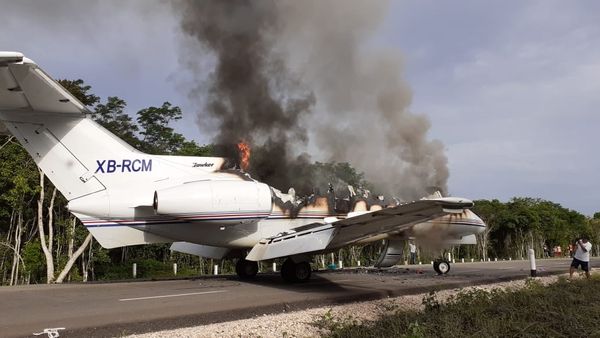 Preliminary reports state that around 6:30 this morning a business class Hawker 700 made an emergency landing on Federal Highway 184 in the José María Morelos-Polyuc section. As of 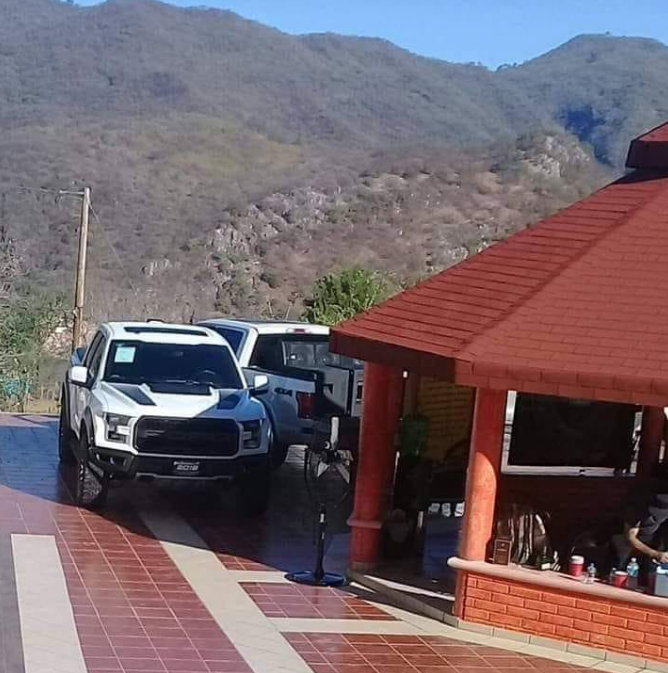 Stumbled upon this morning an interesting picture that coincidentally shows an example of what I was talking about in my last article in regards to no margins. The overall idea