According to US Joint Publication 3-24 Counterinsurgency,

Insurgency is a struggle for some form of political power, which is nearly always the end, not the way or means, of the insurgent’s strategy and tactics.

But consider CDN, the current criminal hegemon in Nuevo Laredo. Despite years of attrition, their dominance has been resilient against encroachment from rivals and efforts to remove them by the state and federal governments. They have no real ambitions for political legitimacy other than expedient relationships with local officials mostly towards the ends of self-preservation and operating criminal enterprises.

Like other insurgent groups, their actions effectively challenge the legitimacy and solvency of the state. They have strategy, organization, support structure (recruitment, revenue, supplies of weapons & transportation, etc.), and varying degrees of political protection through formal and informal relationships with officials and businesses in the community. In other words, many of the elements of an insurgency.

One of the ways they maintain control is through armed confrontations with the state, a contest they lose nearly 100% of the time. Nevertheless, they persist in Nuevo Laredo despite taking far more casualties than they inflict. So how is that possible?

When the security forces kill 9 or 12 or however many associates of CDN, even though the organization takes a short term loss, there is no real attrition. Those people can all be replaced. But by slaughtering a CDN estaca or two, night after night, with running gun battles every few days in Nuevo Laredo, who really wins in the long term?

CDN relies on dysfunctional institutions and the populace's distrust of officials in order to maintain the conditions which allow them to persist. No one in Nuevo Laredo likes them. But the legitimacy and institutional capacity of the state are not sufficient to remediate the conditions which allow CDN to exist in the first place. In fact, when the states slaughters CDN, the state ends up being seen as the aggressors while occasionally inflicting civilian casualties and hurting their legitimacy even more. No one in Nuevo Laredo likes CDN, but no one trusts the pinche government either.

It seems that in the case of Nuevo Laredo, the struggle itself may actually be part of the means through which CDN maintains political power.

There's another dimension to this that we haven't mentioned yet though: the political dynamics.

The battle for Nuevo Laredo has implications far beyond Tamaulipas 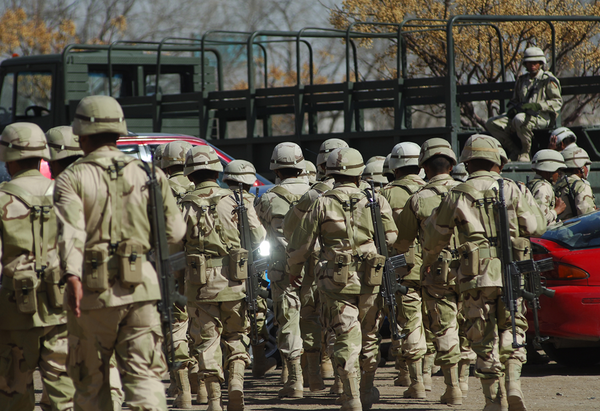