The violence in Nuevo Laredo also has a complex political dimension. On one level, there's a contest between the Partido Acción Nacional (PAN) government under Francisco García Cabeza de Vaca, and the former mayor of Nuevo Laredo, Carlos Canturosas Villarreal. In 2018, Canturosas signaled his intention to run for governor in 2022 on the Morena party ticket. Canturosas, the former PAN municipal president of Nuevo Laredo, was rumored to have had a falling out with PAN governor Cabeza de Vaca in 2016. It's said that this may have been related to Canturosas' decision to switch parties for the 2022 race to succeed Cabeza de Vaca. The state government under Cabeza de Vaca has been engaged in a not-so-secret battle to stop Canturosas and an ascendent Morena party in the state ever since.

In January 2018, Carlos Domínguez Rodríguez, a 77-year-old freelance journalist in Nuevo Laredo, was stabbed to death in front of family members. Death by stabbing rather than with a firearm guaranteed that the investigation would be conducted exclusively by state rather than federal investigators. State officials initially claimed the plot to kill the journalist had been arranged by the nephew of Canturosas, supposedly as retribution for articles critical of the former mayor. The state's investigation led to the arrests of six people, including three journalists.

But the story doesn't end there. After the arrests, the man that had earlier confessed to the supposed plot which implicated himself and five others, subsequently recanted his confession. It was later reported that the state prosecutor had reneged on an arrangement to pay the man and his partner $500,000 and a promise to free them six days later in exchange for the confession. Ultimately, the case was dismissed and the falsely accused individuals were set free after almost a year and a half in prison, during which time at least one of the three journalists was reportedly tortured and another journalist had died while in custody.

The case appears to have been plot by the government of Cabeza de Vaca to smear Canturosas in order to cripple his chances at the governor's seat in the next election. The state government has been involved in an ongoing feud with Canturosas ever since, and is reportedly using the state's financial crimes unit to investigate the former mayor for allegedly diverting resources during his time in office, crimes which the governor himself is also reportedly being investigated for by the federal Financial Intelligence Unit.

The political battle between Canturosas and Cabeza de Vaca is partly because Cabeza de Vaca's brother Ismael, the PAN senator for Tamaulipas, will likely seek the PAN nomination in the upcoming governor's race. Canturosas, who switched parties to run as the Morena candidate, is an existential threat to the Cabeza de Vaca dynasty and/or PAN dominance in Tamaulipas.

With the popularity of the Morena party nationally and to some degree within the state, a Morena gubernatorial victory is a threat to both the PAN's control of Tamaulipas as well as the party's influence at a national level and even with the US. Needless to say, the feud between the governor and the former mayor has implications well-beyond Tamaulipas.

So how exactly is this related to the fight between the state and the CDN? Well, the state government's security strategy is focused primarily on retaking Nuevo Laredo and Reynosa. These are arguably the two most important cities in Tamaulipas economically and politically. The cities of Nuevo Laredo and Reynosa both connect to Monterrey in Nuevo León, the financial capital of northeastern Mexico. A lot of the drug trade comes from the western and central Mexican states through Monterrey and on to either Reynosa or Nuevo Laredo. Nuevo Laredo may be the single most important border crossing in Mexico with approximately 40% of all outbound commercial traffic passing through the city and on to I-35 in the US. The importance of Nuevo Laredo in particular cannot be overemphasized.

Francisco García Cabeza de Vaca, the current governor, reportedly has numerous ties to organized crime going back to at least 2004 before his time as mayor of Reynosa. It's rumored that Cabeza de Vaca is currently linked to the Matamoros factions of the CDG, who allegedly funded his campaign for governor and his brother's campaign for senator.

The security strategy of Cabeza de Vaca's government appears to be a sort of Pax Mafiosa with the CDG in Matamoros who pay for the state's favor. The state government of Tamaulipas is focused on removing the dominant criminal groups from Nuevo Laredo and Reynosa to create a new criminal hegemony for the CDG in Matamoros in order to (theoretically) restore peace and attract foreign investment to the oil and gas-rich state. During his time as a senator, Cabeza de Vaca was instrumental in passing energy reform liberalizing the Mexican petroleum industry in 2014 allegedly in exchange for bribes, charges which are currently being investigated in Mexico.

The governor also has political allies in the US who are supportive of this plan. The US interest in Tamaulipas is primarily in upstream and midstream oil and gas production in the Burgos Basin. Cabeza de Vaca is the former senator who opened Mexico's oil and a gas resources up to foreign investment, which some suggest was the primary impetus for the Drug War.

US companies have so far been reluctant to invest in exploration in Mexico because of the insecurity. The fight between the state government and the CDN also has the support of the US Department of Homeland Security, who are currently bypassing the Mexican federal government to partner directly with the governor to go after priority criminal targets. At the top of the list is the alleged leader of the CDN.

The battle for Nuevo Laredo is far more complex than it appears at first glance. 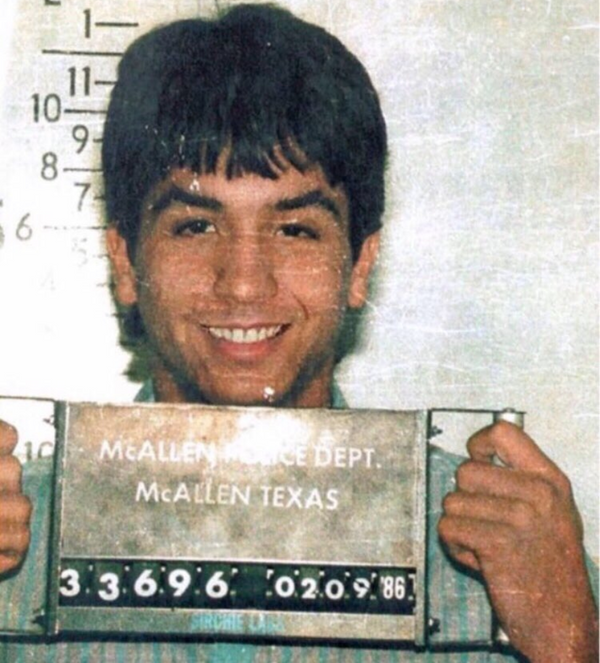 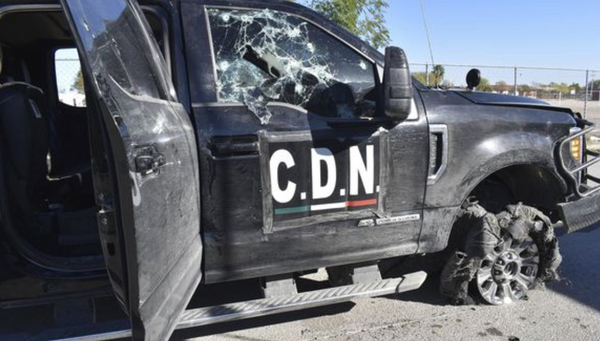 You can't kill them out of existence