There's something unintentionally funny in James Schamus's Somos, the 6-part limited series adapted from Ginger Thompson's 2017 story for ProPublica with additional details from other reporting and court testimony. While the story about the mass murder and disappearance of over 300 people is every bit as dismal and rending as it sounds, the production unintentionally highlights the absurdity of the the purported cause of the atrocity.

According to reporting in the 2017 ProPublica story, the DEA flipped a cartel associate to obtain the unique identification number for a batch of mobile phone SIM cards that the turncoat was in charge of supplying for the leader of the Zetas drug cartel every three weeks. The story goes that the DEA shared this information with the Mexican Federal Police's Sensitive Investigations Unit, who subsequently tipped off the cartel leader. Upon learning of the betrayal, the cartel boss then exacted violent retribution against the informant's family and crew and quite a few others, apparently, since over 300 people were murdered and disappeared in the ensuing mayhem.

But there are some unanswered questions about this version of events. First, locating the cartel leader would not have sealed his fate. The U.S. cannot act unilaterally in Mexican territory, so the U.S. would have needed to coordinate with Mexican officials to mount a capture / kill operation. Assuming the officials in Mexico were on board with it and had the legal justification for such an operation, that would still leave the (time-sensitive) planning and execution of the op. Which is to say that the DEA getting a mobile phone UIN would not have been the end of the world from the cartel boss's perspective. Not only that, but the cartel leader dealt with informants before and after the massacre without ever killing >300 people to make a point. So why was there such a disproportionate reaction to something that comes with the territory of being the most wanted guy associated with a criminal organization?

Secondly, why did Mexico's Sensitive Investigations Unit immediately reveal themselves as the source of the leak by tipping off the cartel boss without stipulating that he should avoid alerting investigators to the fact that their investigation was compromised? According to Juan Veledíaz, sources from the task force hunting El Chapo reported that the Sinaloa cartel leader managed to avoid capture on multiple occasions because of leaks from officials with knowledge of the task force's operations. But rather than fleeing before the operation to capture him was underway, Chapo instead "managed to escape" each time. The leak in the manhunt for El Chapo was only identified when the task force found documents inside his hideout with information from their own intelligence on his whereabouts.

Finally, DEA and their counterparts in Mexico apparently made no effort to intervene in the carnage unleashed by their compromised investigative lead. By some accounts, the killings and destruction happened over the course of several weeks while the military and police stood down. It was also reported last year that officials in Mexico were aware of the carnage nearly as soon as it started. So why did no one intervene?

Seeing this version acted so lifelessly in the DEA characters' scenes in Somos makes an already dubious story even more incredible. It seems like we may not yet have the complete story behind what really led to the massacre.

There are also some pleasant surprises in Somos. One of the extra details from sources other than the ProPublica story which deserves acknowledgement is a minor subplot about the harassment of a ranchero to coerce the land owners off their valuable, hydrocarbon rich land. As established by Ignacio Alvarado, Frederico Mastrogiovanni, Dawn Paley, Guadalupe Correa-Cabrera, Michelle Garcia, Oswaldo Zavala and others, residents from areas rich in natural resources are forcibly displaced with violence from irregular forces and state agents that work in concert, which ultimately benefits extractive industries.

Unfortunately, viewers are not given much additional context to appreciate the significance of this subplot, which makes it essentially an "easter egg" for viewers in the know. The failure to investigate this thread through serious investigative journalism is the ProPublica story's biggest letdown, so the inclusion in Somos is a nice touch that would have been even nicer if it were developed more in the story.

Despite its faults, the series does a satisfactory job of telling the story in a way that honors the victims and their families and balances showing what happened matter-of-factly without lingering voyeuristically on the horror and brutality. The production tells the story respectfully without sensationalizing or 'Narcos: Mexico-izing' it for broader appeal.

The most honest moments in the series capture the frustration, rage and emasculation created by living with an acute and relentless awareness of the threat of violence all around you from state agents and armed groups that the authorities not only ignore but enable. I wish that the landscape had been used to its fullest potential but the series was probably constrained by its budget.

Anyways, that's what I thought about Somos. See it for yourself and decide what you think. 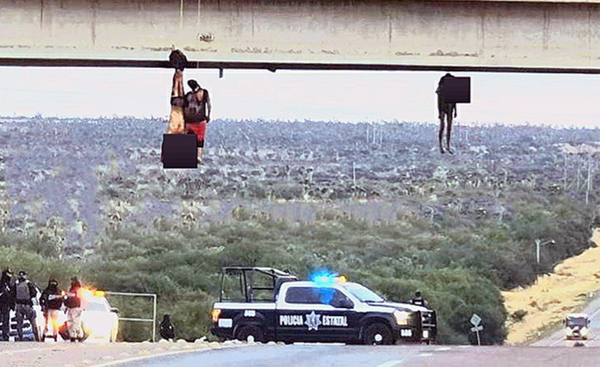 An insight connecting the dots between CJNG, a Colombian security business and FARC guerrillas 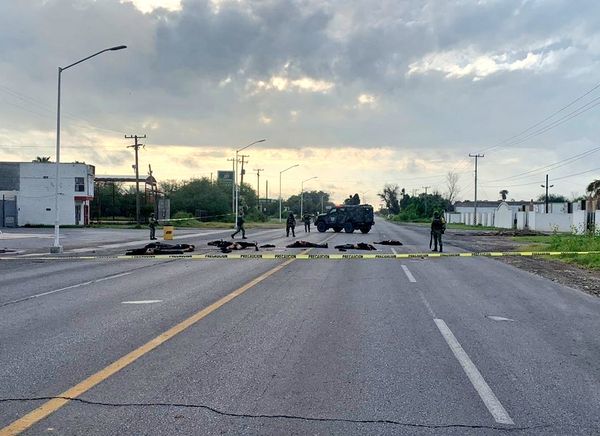 La frontera chica woke up to a grisly spectacle of at least 9 dead bodies of young men, some of them minors, strewn along the Reynosa-Nuevo Laredo highway on the