Photo by Chris Lawton on Unsplash

I don't provide many status updates about the website on Twitter or really even talk about it much. That isn't necessarily for one reason or another. Maybe because I haven't gotten it functionally to the point that I want it. Also nothing is set in stone so I feel like if I was to mention something it would be pointless because it could change. Nevertheless I'm conscious of the fact that it might never feel functionally to the point that I want it and so trade-offs are required. I felt pretty good at the beginning of September and had spent enough time thinking about it all. Further, I've been in the ditches of this code base for awhile now and have gained a better understanding of our short-term and long-term capabilities. Below I'll go through where we are at with it all and what I've been thinking about.

There is a lot to consider when reporting on topics involving the usage of extreme violence. Things in many ways become more complex when the participants are not enemy combatants on a battlefield, but civilians in their homes or on the street. I spoke the other day briefly about problems with identification and how much uncertainty exists in such an environment.

My personal belief has always been that evidence of such violence needs to be shared with the wider public in an effort to educate people on the severity of what's taking place. In the past though I have failed to acknowledge how improperly doing so can result in some feeling that I've disregarded or disrespected the victims and their families. I'm always learning, thinking, and trying to engineer ways in which such photographic evidence can still be retained and presented but in a respectful way.

I do not feel that the complete absence of such material is beneficial though. The problem for many years and relevant to the information clusterfuck is that the extreme violence has been shared with poor context or none at all. Part of the original mission of this website was to combat that kind of click-bait gore fearmongering by providing context and explanation. I will continue towards accomplishing that while making sure to do so in a delicate and considerate way.

We are often most afraid of the unknown. Our hope is to remove that unknown in order to lessen the fear that is incapacitating any kind of compassion, deeper understanding, and productive dialogue toward solutions.

Translations are still one of our highest priority features for this website. Currently the pages Home, About Us, Contact, and Press Aggregate are computer translated. Sections of the home page are not translated yet but I should have that finished soon.

The biggest problem at the moment is article translations, which also happen to be the most crucial. I am still working out how to get these implemented properly but trust me once I figure it out they'll be up. For the time being though all of the articles in Spanish will show up alongside the ones in English. I apologize for any confusion and annoyance the language toggle button has caused.

Maps, maps, maps! Maps have been very exciting for me and I've enjoyed learning about the many ways to design and develop them. I've reached a point where I've gained enough understanding about their implementation that I better grasp what is necessary to engineer the system I want to build.

Over the last couple of months I have gotten to a point where I've achieved the basics on a small scale of what we're trying to achieve. The next step becomes thinking about how that can be engineered from it's current small scale to something larger. And not just something larger, but something with the ability to scale regardless if we have 100 markers on a map or a 1000 markers.

Taking all of this into consideration I've decided it would be best to remove the maps from the website for now. This will allow me to develop and build them in a code base separate from the website. It also will speed up the website since currently the maps are the largest downloaded assets. Which makes no sense since they aren't even being fully utilized.

The code base I will use for the maps will all be in a public repository and hosted separately. I'll make a post about all of that in the future when I get everything going.

The easy part about the Wiki is it's deployment and configuration. The difficult part becomes spending the time to compile information and then writing all the entries. This is of course something that won't happen in one fell swoop but like Wikipedia will accumulate knowledge over time. That process is all aided by the fact that the platform is naturally one built for crowd sourcing. So one of my goals throughout October is to get the Wiki configured in order to allow others to contribute. I will develop guidelines and help dictate areas that we will start to build out. First and foremost the Mexican criminal organizations and their members to work towards building a comprehension history of each.

The Press Aggregate is one of the features that I've wanted for this website for as long as I can remember. Historically the collection of open source information (OSINF) which is then compiled into open source intelligence (OSINT) has mainly included press articles. It was only when the Internet came around that we've enjoyed this new influx of on the ground footage uploaded to social media. Aggregation of press articles is important because it's the quickest way to get a sense of what is going on in any particular area. Analyzing multiple sources of the same incident can help to gather the fullest picture and remove any bias any one publication might show. The Press Aggregate is for making all of that process a little bit easier.

Currently it is in it's most basic form as a sort of proof of concept. But I have many many plans for it. Similar to the markers on the maps, as the amount of feeds increases, it will require a further building out of the back end.

The plan is not limited to solely press articles. Eventually it will incorporate social media aggregation of public accounts of interest and particular hashtags or keywords.

The form appears to be still working properly. I don't have much plans for it other than to add the ability to send photos and videos. The goal is to still establish SecureDrop which won't replace the current form but be a nice addition alongside.

We're also looking at chatroom solutions for more instantaneous conversations, and a place to hang out that isn't Twitter. So be on the look out for that.

It's been a tremendous amount of fun building this place out and finding our groove. We are only at the very beginning of this journey and quite unsure of where it's going to lead. In the coming weeks I will be working diligently to try and get the translations fully and completely implemented on the website. In addition to starting to organize the Wiki and opening it up to contributors. I will also continue building out the Press Aggregate system so make sure to check that page out frequently to see newly added feeds.

There is not one moment that goes by where I wish I'd not built everything from scratch. While it's been slow and frusterating at times, it's been infinitely rewarding. Also allowing me to design and build it so that it's best suited for our needs. I continue to appreciate the patience and understanding everyone has shown throughout this process.

Make October a good one! 🧛 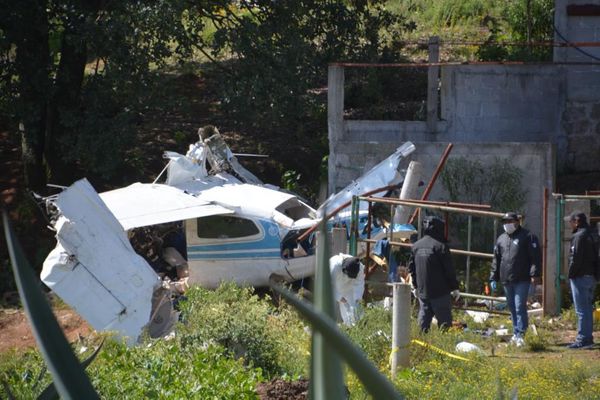 An unlikely occurrence in a state located in the center of the country. Small Cessna smuggling 400 kilos of cocaine crashes into a barn Monday evening after being chased by the Mexican Air Force. 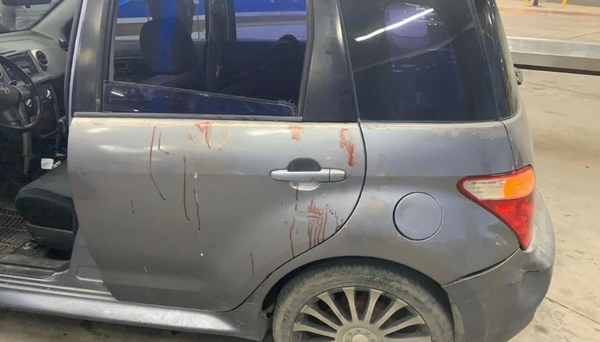 The inextricable link between political power and organized crime in Tamaulipas