A Fox News article published last night details a hand-held device developed by Viken Detection (formerly known as Heuresis), a Boston-based security technology company. At the moment there are "well over 1,100, 1,200 of these units deployed worldwide,” according to Jeff Hunt, senior director for Viken Detection. An earlier article from May 20 confirms that Viken has supplied U.S. Customs and Border Protection with more than 200 HBI-120 devices. As for the Osprey UVX systems, the contract is for four, two in Laredo, TX and two in Brownsville, TX. With a completion date of July, August. According to a press release from New Mexico Congresswoman Xochitl Torres Small, "CBP currently scans 15 percent of commercial trucks and one percent of passenger vehicles entering the U.S. and NII [non-intrusive inspection] scanning rates vary significantly by land port of entry."

It is mentioned by the CEO Jim Ryan that one way drug traffickers try to counter the x-ray scanners is by wrapping compartments in lead. This prevents the x-ray scanner from seeing what is inside of the compartment. To counter this counter a team of engineers at Viken has added a feature to the device that is able to show the presence of lead. This allows an officer to conduct further inspection upon realizing the trickery.

This specific model being detailed here is the HBI-120. The device weighs 8.1 lbs (3.7 kg) and can scan through 3mm of "steel equivalent material — more than three times the thickness of typical motor-vehicle body panels." It also comes equipped with a flashlight for those dark places, and a built-in video camera for the court room. Able to scan a square foot (30 by 30 cm) per second and see high-contrast backscatter xray images of concealed contraband. Fitted with a battery lasting around 4-hours for typical duty cycles and data storage able to contain > 10,000 image scans. 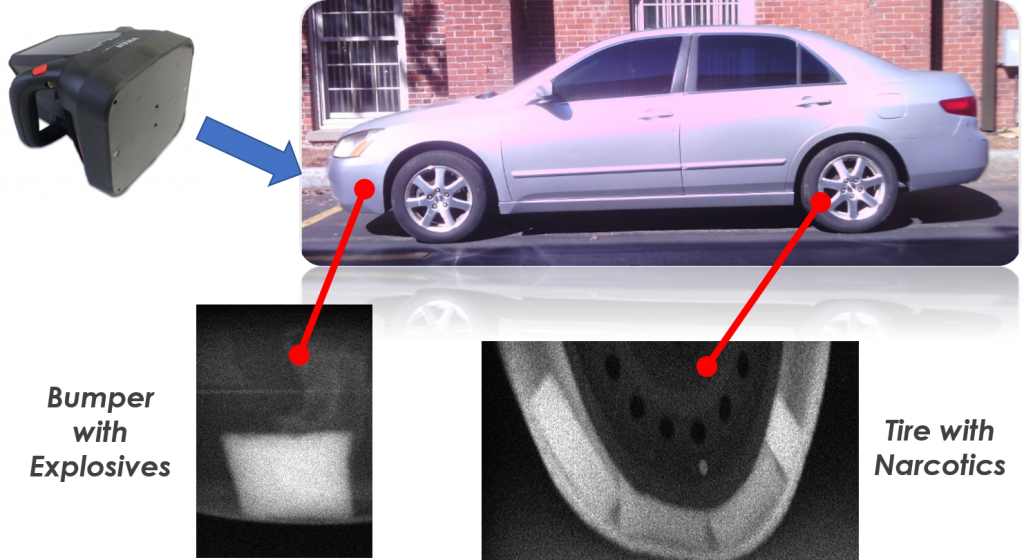 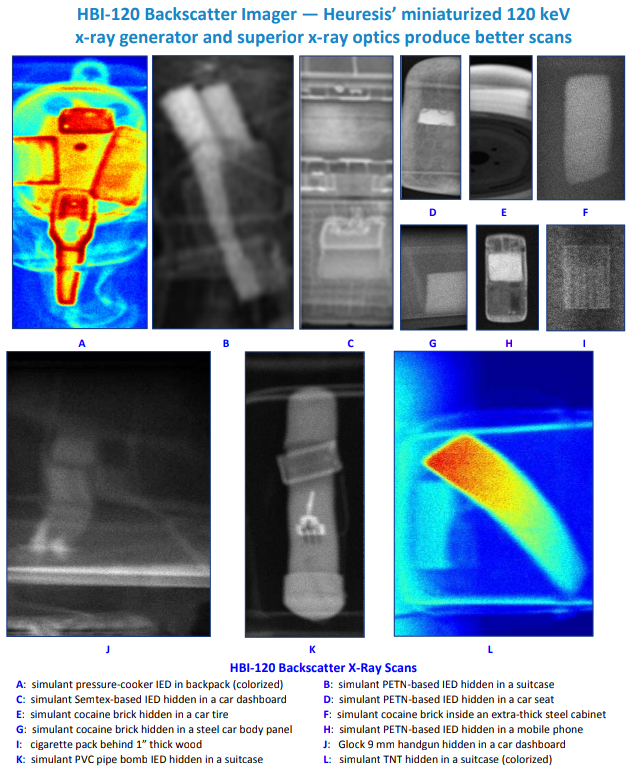 Of course this thing can be upgraded to increase it's scan surface. The Broadwing Large Area Detector (LAD) is a detachable accessory. It's also able to provide some additional clarity. 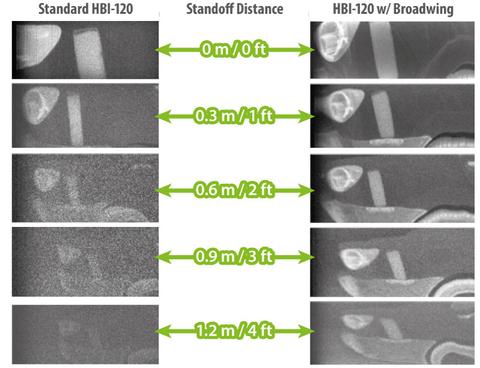 All signs seem to indicate it will make their life a hell of a lot easier. Commander Mike Tamez of Nueces County District Attorney’s Criminal Interdiction Unit down in southern Texas said "No kidding, in ten seconds an officer who has never even put hands on this machine found 8 kilos of meth in a compartment," he added "It's truly a game-changer." Further he goes on to explain how it will allow them to spot even empty compartments that then can be watched closely in the future.

While it's apparent this device given it's ability to increase the proximity of the officer from the drugs will provide additional safety. It should be noted Tamez's claim that "officers come in contact with fentanyl and possibly overdosing" is bullshit. Simply coming in contact with fentanyl isn't going to induce an overdose. His fearmongering is unheplful.

Viken Detection is engineering an under vehicle scanner named the Osprey-UVX. This device will be embedded within the floor so that when a vehicle drives over it is able to x-ray(assuming instantly) the contents of the under body.

I'm curious how far up it'll see. Meaning can it see things in the dashboard. From the last article I wrote about such technologies it appears some of this comes down to how much power they're using to scan. One thing to keep in mind with what they're going after is how for safety reasons they're limited to how much power they can use. Because people will be in these cars as they are being scanned, including children. Traditionally if that wasn't a problem the engineers could just add more power to the x-ray to essentially get a better image.

I know that's all far from accurate in scientific terminology but I'm sure you understand my point. The reason I bring it up is because it's interesting to think of the different engineering problems that one might run into when developing such a thing. And well you know it's cool to know how shit works. 😉 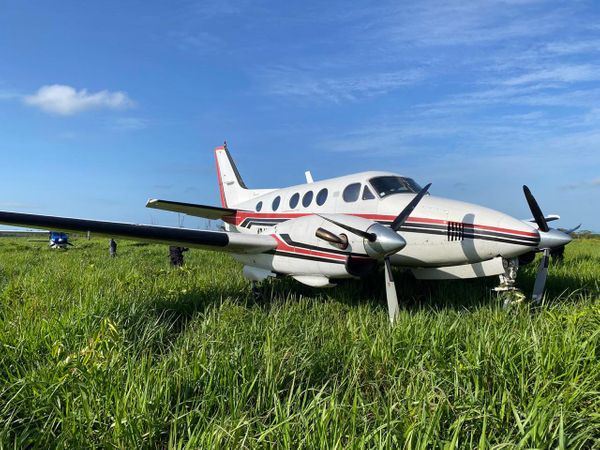 Today we head down to Guatemala to look at the site of an operation carried out by Ejercito Nacional de Guatemala to secure an unauthorized aircraft that had landed in the area. There isn't much information other than some beautiful pictures and a location.

The Navy out with a press release today detailing an operation that took place on June 02, 2020. A Navy patrol aircraft first spotted the vessel which resulted in a call to put the USS Preble in place for a "long-range intercept."