On Monday night in Michoacán, armed men shot to death the treasurer of the municipality of Cotija. Roberto Silva Andrade was driving home with two other occupants when armed men intercepted his car, forcing him out and killing him. There were two other men with Mr. Andrade who were supposedly left unharmed. Like most incidents from Michoacán, there isn't much else reported.

The peanut gallery on Facebook though had an opinion to offer. Those known to be associated with Los Viagras point the finger at CJNG. Claiming that they mistakenly killed the man. I guess they believe it was a mistake because the man was understood to them to be working for CJNG.

"Last night, the Jalisco cartel shot Roberto Silva, treasurer of Cotija, on his right hand, and also shot another person who, according to llamaba , was a cornelius in Barrio Fuerte.

The way that poster is going is going to leave Cotija  without people." [Deep L] 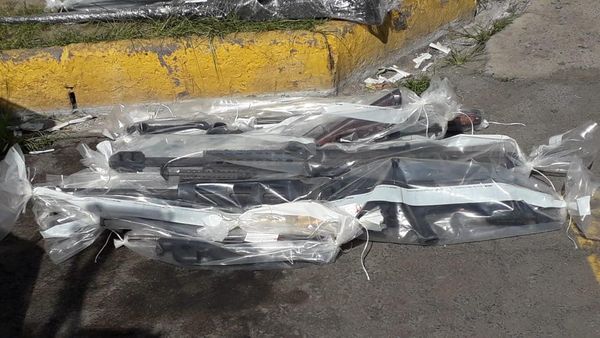 Items very similar to what was found last time in an operation that took place in the same town around the beginning of October.

A cowardly attack on a man just doing his job