With the midterm elections only 10 days away, The Economist magazine ran a story last week about President Andrés Manuel López Obrador (AMLO) in which the British weekly branded him as "Mexico's False Messiah" on their cover. The story and headline were roundly jeered, with some of the president's critics even expressing their disapproval.

What follows are excerpts from the article in The Economist along with analysis and commentary.

In a world plagued by authoritarian populists, Mexico’s president has somehow escaped the limelight. Liberals furiously condemn the erosion of democratic norms under Hungary’s Viktor Orban, India’s Narendra Modi and Brazil’s Jair Bolsonaro, but barely notice Andrés Manuel López Obrador. This is partly because he lacks some of the vices of his populist peers. He does not deride gay people, bash Muslims or spur his supporters to torch the Amazon. To his credit, he speaks out loudly and often for Mexico’s have-nots, and he is not personally corrupt. [He sounds great so far.] Nonetheless, he is a danger to Mexican democracy.

To summarize: "New authoritarian populist just dropped. Goes by the name of AMLO. He's not really bad in any of the conventional ways that political leaders can be bad, per se, which is exactly why he's so dangerous!"

Mr López Obrador divides Mexicans into two groups: “the people”, by which he means those who support him; and the elite, whom he denounces, often by name, as crooks and traitors who are to blame for all Mexico’s problems.

He says he is building a more authentic democracy. It is an odd creature. He calls a lot of votes, but not always on topics that are best resolved by voting. For example, when legal objections are raised to one of his pet projects—moving an airport, building a pipeline, blocking a factory—he calls a referendum. He picks a small electorate that he knows will side with him. When it does, he declares that the people have spoken. He has even called for a national referendum on whether to prosecute five of the six living ex-presidents of Mexico for corruption. As a stunt to remind voters of the shortcomings of previous regimes, it is ingenious. It is also a mockery of the rule of law.

The president’s scorn for rules is one reason the elections on June 6th matter. He is not on the ballot; his single six-year term expires in 2024. But the national legislature is up for grabs, as are 15 of 32 governorships, most state assemblies and thousands of local posts.

Voters have a chance to rein in their president by rejecting his party, Morena. It is not clear that they will. [THAT'S THEIR CHOICE, YOU FUCKING FREAKS] Most are dissatisfied with the way the country is being run, but 61% approve of Mr López Obrador himself. Many feel that he cares about ordinary people, even if he has not materially improved their lives. [The minimum wage in Mexico has started increasing for the first time since the 1970s.] The opposition parties have failed to offer a coherent alternative. Morena is slipping in the polls, but may retain its majority in the lower house, with the help of its allies. [And a majority of the votes.] The more levers he controls, the further Mr López Obrador can pursue his plan to transform Mexico.

He has done good things, such as bumping up pensions and subsidising apprenticeships for the young. Though a leftist, he has kept spending and debt under control, so Mexico’s credit rating remains tolerably firm. [No comment.] But he suffers from what Moisés Naím, a Venezuelan journalist, calls “ideological necrophilia”—a love of ideas that have been tried and proved not to work. [Like trickle-down economics?]

To the western establishment who are unaccustomed to not having their way in the internal affairs of countries in the global south, the idea of a political movement that cannot be motivated by personal enrichment and that governs by appealing to the actual majority in their own countries is abjectly unfamiliar and deeply offensive.

Governing by consensus normally would be considered democracy, but when the interests of the hegemon are not prioritized above all else by foreign governments, majority rule becomes populism.

He has fond memories of the 1970s, when a government-owned oil monopoly spread largesse around his home state. He is trying to recreate something similar, by all but banning private investment in hydrocarbons and forcing the grid to buy power from state sources first, no matter how costly and filthy [🤨] they are.

Here, we arrive at the heart of the issue. The key part is "private investment in hydrocarbons". It's too gauche to just come out and state what it's really about: exploiting Mexico's underdeveloped oil and gas resources. Instead, the establishment has made the dispute over one provision of Mexico's 2014 Energy Reform: selling Mexico electricity even though that's just one facet of a broader initiative liberalizing Mexico's energy markets and opening their resources to exploitation by foreign companies. In theory, electricity from U.S. companies is supposed to be "greener" even though it comes from the world's largest consumer of hydrocarbon energy.

The cover story in The Economist ran only days after Mexico's state-owned petroleum company, PEMEX, acquired a controlling interest in the refinery in Deer Park, Texas from petroleum giant Shell Oil Co.

The acquisition of the Deer Park refinery is just the latest in AMLO's push to reduce Mexico's reliance on foreign energy and increase production of Mexico's vast, underdeveloped and coveted hydrocarbon resources. AMLO's goals include reducing imports, expanding production to meet domestic demand and increasing exports.

The president's goal of energy self-sufficiency for Mexico represents a fundamental disagreement between AMLO and the establishment.

He likes railways, so he is ploughing $7bn into a diesel-burning boondoggle in his home region. [AMLO: foamer.] Frustrated with officials who fuss about rules and putting contracts out to tender, he enlists the army to build his railway, run ports and fight crime. In other countries, inviting the men with guns to handle huge sums of public money with scant supervision has proved catastrophic [and how!], as any Egyptian or Pakistani could warn him. But Mr López Obrador is notorious for not listening to advice. His catchphrase in cabinet meetings is “Cállate!” (Shut up). [Gonna need to see a citation for that one.]

The article then devolves into a whiny list of every grievance AMLO's opposition uses to narrate how bad he is, although every single point is debatable.

His disdain for expertise has made government less competent. His tree-planting scheme has encouraged farmers to chop down old trees so as to be paid to plant new ones. His policy of “hugs, not bullets” for gangsters has failed to reduce a stratospheric murder rate. [How did the murder rate become stratospheric?] For all his railing against graft, Mexicans report as many demands for bribes from officials as before. [I can't believe AMLO hasn't fixed deep, systemic corruption and insecurity in 2.5 years.]

He was woefully slow to respond to covid-19 and spent far too little on cushioning its economic effects. According to The Economist’s estimates, Mexico has suffered 477,000 excess deaths from the pandemic, one of the worst rates in the world; and its gdp shrank by 8.5% last year. The country should be poised for galloping growth. [growth ≠ development] Multinationals are eager to diversify their supply chains away from China, and Mexico is a manufacturing hub next to the United States, which is entering a stimulus-stoked post-covid boom. Yet investors are wary.

Here, the authors reveal that part of the animosity towards Mexico's president is due to the western establishment's desire to confound China. The question of whether or not Mexico should assist in a fight that isn't their problem has already been decided at The Economist. If you are not with us, you are against us.

They fear the uncertainty of rule by presidential whimsy. [The investors must never be displeased or worried.] Mr López Obrador is undermining checks on his power. He leans on advertisers not to support fault-finding media. He cuts the budgets of watchdogs, or stuffs them with his supporters. Last week he said he would replace the central-bank governor with someone who favours “a moral economy”. [As opposed to an economy based on exploitation and extraction with as few regulations as possible and no protections or redress for the underclass.] He has threatened the body that runs elections. [The 2006 presidential election was almost certainly rigged.]

Learn from your mistakes

They should learn from him, too. He is popular partly because they did a poor job of helping those left behind during the long boom that followed economic liberalisation in the 1980s; and also because much of the ruling class really is corrupt. Mr López Obrador’s ad hoc, lawless approach has not made Mexico cleaner, but he has highlighted the need for a clean-up. [Oh, fuck off. This is a dead giveaway that The Economist is completely full of shit.]

The United States needs to pay attention. Donald Trump did not care about Mexican democracy. President Joe Biden should make clear that he does. [If you care about democracy, then you must accept the will of the people in that country and which you don't even live in. That's how democracy works.] He must be tactful: Mexicans are understandably allergic to being pushed around by their big neighbour. But America ought not to turn a blind eye to creeping authoritarianism in its backyard.  As well as sending vaccines, unconditionally, Mr Biden should send quiet warnings.

What are you going to do, sanction Mexico for voting a different way than you wanted? Orchestrate a coup because the outcome of democratic governance didn't work out like you hoped?? Invade Mexico and depose AMLO for governing his country how he thinks is best instead of how Exxon Mobil and BP want it to be???

The article in The Economist crystallizes the nihilistic logic of an economic and political system based on domination, exploitation and expansion: if the internal affairs of a democratically governed country are managed without considering the interests of the world's preeminent economic and military power first and foremost, then the will of the people is wrong and must be corrected through intervention. This philosophy underscores a deep intellectual and spiritual rot at the core of the western establishment and is totally antithetical to democracy.

On June 6th, voters in Mexico will decide for themselves how they want to be governed. 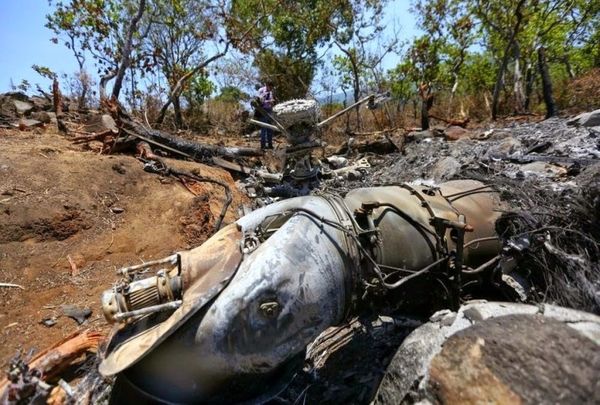 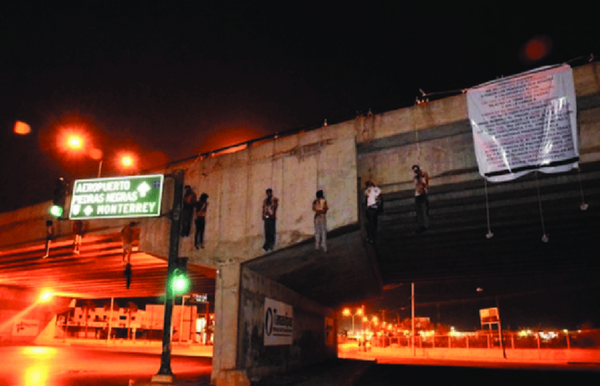