The following is a translation of a story by Alberto Pradilla for Animal Político.

The governor of Tamaulipas, Francisco García Cabeza de Vaca, was the head of the chain of command in the law enforcement operation that led to the massacre of 8 people on September 5, 2019 in the Valles de Anáhuac neighborhood of Nuevo Laredo.

Documents included in investigation folder 406/2019, which Animal Político had access to, indicate that it was part of a broader campaign that began on August 18, with the presence of personnel from the special forces of the state police (CAIET) and the Army (SEDENA), and that it was “ordered” directly by Cabeza de Vaca.

The new information comes from an official letter signed by the former Secretary of Public Security of Tamaulipas, Vice Admiral Augusto Cruz Morales, requesting support from Brigadier General Carlos Arturo Pancardo Escudero, commander of the 8th Military Zone, to provide security in various control operations in Nuevo Laredo, explaining that the order comes from the governor himself.

This report was provided by the Secretary of Defense when the Public Ministry requested documents to clarify the role of the soldiers in the events of September 5.

The Ministry of Public Security, when reached for comment by Animal Político, responded that this request for support was part of the ongoing operations implemented in Reynosa, Matamoros, Frontera Chica, San Fernando, Ciudad Victoria, Zona Conurbada Sur, and Nuevo Laredo.

According to this version, the deployment in the border city was scheduled for August 2019, but security forces were attacked on two occasions by the so-called “Tropa del Infierno”—enforcers affiliated with the Northeast Cartel. Due to the dangerous circumstances, the Army's assistance was requested, according to documents from the investigation.

Animal Politico also contacted the Tamaulipas State Attorney General's Office (FGE) with questions about their version of events, but as of press time had not received a response.

The documents accessed by Animal Politico reveal new details about the context and the chain of command in relation to the massacre that occurred on September 5, 2019 in the Valles de Anáhuac neighborhood. That day, eight people (five men and three women) were shot to death in what was initially presented by the Tamaulipas government as a confrontation between associates of the Northeast Cartel and police.

The families of the victims, who presented more than ten eyewitnesses, described how the police took several of the victims out of two homes around dawn and transported them to another location, where they were tortured, dressed in tactical clothing and equipment and executed with assault rifles placed on their bodies.

In addition, it has since been established that the policemen towed an armored vehicle that belonged to the criminal group to the scene and parked it in front of the third home and shot at the vehicle, to simulate a confrontation. The victims are Enrique Pérez Chávez, Luis Fernando Hernández Viezca, Wilbert Irraestro Pérez, José Daniel Saucedo Martínez, Juana Yatzel Graciano Magaña, Jennifer Hazel Romero López, Cinoy Esmeralda Briseño Chapa and Severiano Treviño Hernández.

Of the seven individuals, two (José Rafael Pérez Villapando and Ricardo Guadalupe Mendoza Aguirre) have been in custody for almost two years, two others (Edith Esteban Cruz and Francisco Hernández Carbajal) have outstanding warrants for their arrest and three (Juan Carlos Vicenzio Zuvirie , Zayra Concenpción Guevara Garza and Azariel Urbina Arguelles) remain at large after offering themselves as protected witnesses.

“The immediate instruction of the Government of Tamaulipas was that the corresponding investigations be initiated to clarify the facts and act against those responsible. This is how the current State Attorney General's Office, with the collaboration of the Ministry of Public Security, initiated an investigation and obtained 7 arrest warrants against police officers and special forces,” the secretariat said.

Documents from the investigation show the chain of command of the state police during the operation, which lasted for at least three weeks.

At the top of the chain are Governor Cabeza de Vaca, who commands the operation and, below him, Vice Admiral Cruz Morales, the former Secretary of Public Security. Cruz Morales's replacement, Captain José Jorge Ontiveros Molina, is also mentioned in the investigation.

According to testimonies collected by the investigators, Ontiveros Molina was the officer who requested a tow truck to transport the armored vehicle that was parked at the scene of the massacre and at which the officers fired to simulate a confrontation, according to their own statements. Despite these allegations, neither of the two has been summoned to testify and Ontiveros Molina, who was serving as Undersecretary of Police Operation, at the time of the events, was promoted to the highest head of Public Security in July 2020.

Below the governor and former Secretary of Public Security is Félix Arturo Rodríguez Rodríguez, who at that time was in charge of CAIET and currently heads the Special Operations Group (GOPEs) of the state police.

In fact, the GOPEs are the same unit that was renamed less than a year after the Nuevo Laredo massacre, which currently operates as an elite group with training from both law enforcement in the United States and the special forces (UNOPEs) of the Secretary of the Navy (SEMAR), who are also facing charges for disappearances and extrajudicial executions in Nuevo Laredo between January and June 2018.

According to documents from the investigation, Félix Arturo Rodríguez has not been summoned to testify nor is it clear whether or not he had any role in the events as the Director of CAIET at the time of the massacre.

Lastly in the chain of custody is the commanding officer, José Rafael Pérez Villalpando, who is currently in custody for the events in Valles de Anáhuac.

The key document to better understand the operation that led to the massacre is SSP / 00673/2019, which was issued on August 16 and signed by Vice Admiral Cruz Morales. In it, he requested the support of the Army to provide security in the area of operations by setting up checkpoints sealing three of the main exits from Nuevo Laredo, accompanied by reaction units "to carry out dragnet operations" in neighborhoods "identified as combative" and to provide support for operations of the Ministries of Health, Finance, Civil Protection and other agencies.

The operation was to begin two days later and had no set end date, according to the document. In addition, it asked that the military installations to prepare a place for their accommodation on the days when they would directly supervise the operation, as well as space for the landing of a helicopter and the overnight stay of its pilots. In the same document, it is stated that the orders would come directly from Cabeza de Vaca.

A week after the massacre, the governor announced that he would request support from the FBI and other international agencies "to give greater strength and transparency to the investigations," without mentioning that the events occurred in an operation that he himself had ordered.

The key is that this document is part of the evidence presented by the Secretary of Defense (SEDENA) in response to the State Attorney General's request for the Army to provide an account of its role in the operations. When questioned about their role in the events of September 5 and how many personnel were deployed, the military command presented the official letter of the Ministry of Public Security as proof that they were there because they had been ordered by the highest state level.

The role of the soldiers remains unknown, since they have always alleged that they only provided perimeter protection to the police officers but that they never observed the operation. However, images from the case show that soldiers patrolled side by side with the state police.

The Secretary of Public Security explained that the request for support to the government was related to the ongoing operations implemented since October 2018 and "whose results have been favorable to reduce the incidence of crime in the state."

As he explained, the first operation, called Monarch, began in October 2018 in Reynosa, and was followed by Operation Monclova in Matamoros and Operation Yankee in San Fernando. In August 2019, the date when the letter was submitted, the operation in the Ribereña area was to begin in Nuevo Laredo, with the installation of a checkpoint on the road to Piedras Negras, Coahuila. That day, armed individuals identified as members of the 'Tropa del Infierno' attacked the police, killing an officer and injuring another element.

"A week after that incident, when personnel from the special operations group of the State Police were conducting patrols, as part of the ongoing operation, they were attacked by armed individuals in a truck. Several of the aggressors died in the attack," said the Tamaulipas government agency. It was from then on that joint patrols began.

Regarding the specific events that occurred on September 5, the Public Security spokesperson limited himself to highlighting that it was the initiative of the state government that led to seven police officers being charged. In addition, he highlighted the "positive results" of the deployment, which have achieved that "Tamaulipas is among the 10 entities of the country with the lowest crime incidence, whereas before 2016, it was among the highest nationally."

No clarity about the operation

For now, it is still unclear what exactly happened on September 5, what orders were issued and what actions were taken by each official present. The documents in the possession of Animal Político show the commanders passing the responsibility on to each other while avoiding even specifying how many police were deployed on the day of the massacre.

In an official letter, Vice Admiral Cruz Morales told the investigators that he could not describe the vehicles and weapons used by the members of CAIET because it was "a decentralized unit with functional and administrative autonomy" and that, in any case, the general director would be able to answer these questions.

Regarding who was deployed at the scene, Félix Arturo Rodríguez Rodríguez, head of the special operations group, at first pointed out the seven officers who are currently facing charges, although a month later he said that he could not deliver their records or the role that each officer had played in the operation since the agents “are not at the disposal of this center; it has not been possible to get ahold of them.”

To whom he was referring is unclear, but documents from the investigation prove that there are fewer officers facing charges than the number that participated in the operation. At the beginning of the investigations, the MP who was present at the scene of the events indicated that he found agent Pérez Villalpando (one of the only two incarcerated) in command of 20 other men. However, only seven were summoned to testify and subsequently charged.

More than two years after the massacre, impunity continues. There are two policemen arrested, but more questions than certainties. There is no clarity on the political responsibilities, the chain of command, or the role that the Army could have played. 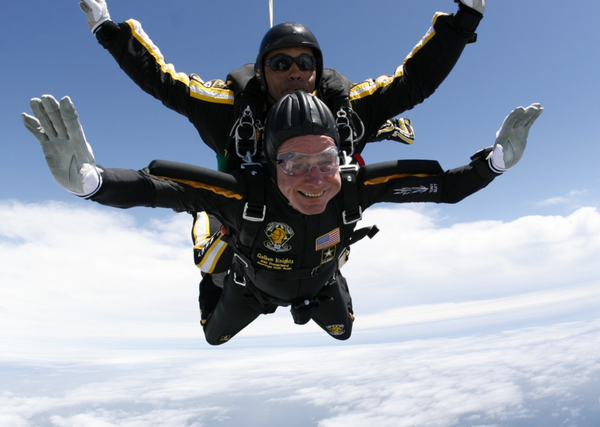 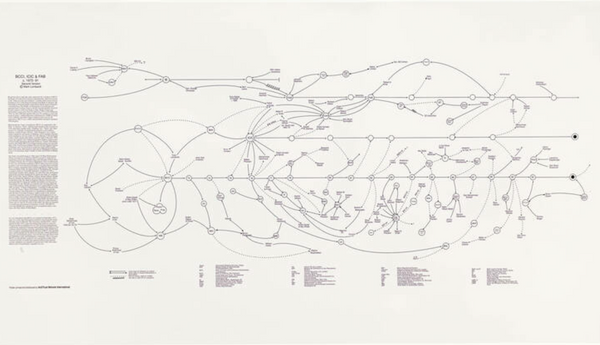