The dismissal of charges against former Defense Secretary Salvador Cienfuegos is like the part in Boogie Nights (1997) where the guy with the inveterately adulterous wife snaps in a moment of homicidal and suicidal rage at a New Year's Eve party, signifying the literal and symbolic end of a golden age and the beginning of a much darker period. The joint decision by the U.S. Department of Justice (DoJ) and Mexico's Attorney General's office (FGR) to dismiss the charges against Gen. Salvador Cienfuegos (ret.) represents a shocking and self-destructive end of a brief window when something close to justice seemed possible.

Cienfuegos' arrest came as a surprise to everyone outside of the grand jury proceedings against him at DoJ. To get a sense of how significant the arrest was, Cienfuegos was Mexico's former Secretary of Defense during Enrique Peña Nieto's administration, the equivalent of someone like Donald Rumsfeld. There are no bigger fish in the ocean besides the President of Mexico. He was a goddamned whale. If the goal of the U.S. DoJ is to prosecute the most powerful people violating the law, then Cienfuegos was the biggest catch they've ever made in the so-called War on Drugs.

Charged with importing multi-ton quantities of cocaine, methamphetamine, heroin and marijuana into the U.S. and laundering the illegal proceeds, Cienfuegos was likely facing the rest of his natural life in a U.S. federal prison.

Like the December 2019 arrest of Genaro García Luna, the former Secretary of Public Security during Felipe Calderón's administration, the arrest of Cienfuegos confirmed yet again that the most powerful officials prosecuting the War on Drugs are also the people who manage drug trafficking.

The War on Drugs is not and has never been about drugs. It's about power and controlling who has access to that power. It's about creating and enforcing regulations on who can use violence, how much and when. Drugs are only a pretext and part of the economy of power.

Nor is the Drug War about stopping drug trafficking. We couldn't stop that even if we wanted to. As long as there is a demand for drugs, which seems to be an irreformable part of human nature, there will always be someone that figures out how to make money supplying that demand.

Rather, the War on Drugs in Mexico is a renegotiation of how drug trafficking is controlled, how power is distributed and how violence is regulated within those power structures. At the top of the hierarchy are the members of the political class. The people that ultimately control drug trafficking are the same ones waging a war against it.

To understand why the charges against Cienfuegos were dismissed, we need to look at the circumstances of the arrest and the interests protesting it.

The most telling thing has been the reaction of the Washington establishment. According to a piece in the Washington Post, a former Department of Defense (DoD) attaché had this to say:

'I would argue that maintaining an effective bilateral relationship is more important than the DEA or Department of Justice getting a scalp,' [Craig] Deare said. 'The government of Mexico is well within its rights to be upset that we disregarded their sovereignty, their institutions. In effect, we prioritized the wrong thing.'

The DoD's primary concern is national "security" strategy. The national security of the U.S., according to this thinking, depends on the outcome of a counterinsurgency to build Mexico's capacity for regulating nonstate belligerent groups and proto-insurgencies which could be a problem for the U.S. in the future.

The War on Drugs, which began as the Cold War was winding down, was a strategic and elective war for projecting U.S. power in Latin America to confound adversaries and maintain regional dominance. After World War II, the U.S. focused on preventing the spread of socialism and communism in Southeast Asia and Latin America to limit the regional influence of its main adversary at the time, the Soviet Union. While the Cold War may have technically ended with the fall of the Soviet Union, the struggle between the major world powers for regional hegemony did not.

The U.S. is not as concerned with drug trafficking as it is with the armed groups outside of the control of the Mexican state. Wars are fought now with nonstate actors to circumvent the restrictions on conventional military engagements. Irregular and asymmetric warfare using insurgent, criminal and/or terrorist groups has minimized the cost of entry for this type of conflict.

The U.S. must maintain a working relationship with the Mexican political and military establishment because ultimately the national security of the U.S. (according to this doctrine) depends on it. In practice, that means a certain tolerance for drug trafficking and corruption as long as Mexico remains an ally in the fight against nonstate armed groups.

According to the letter from DoJ on their reasoning for dropping the charges against Cienfuegos:

The United States has determined that sensitive and important foreign policy considerations outweigh the government's interest in pursuing the prosecution of the defendant, under the totality of the circumstances, and therefore require the dismissal of the case.

The decision was made in coordination with Mexico's FGR with the justification that Cienfuegos will be prosecuted under Mexican law. Whether that happens or not remains to be seen. The criminal justice system in Mexico doesn't have a great record when in comes to cases where political power is concerned.

There are several ways this could be interpreted, but the way that I see it is that Mexico was caught off guard by the arrest of Cienfuegos because no one notified them of the proceedings against the former general precisely because Cienfuegos would almost certainly have been alerted and the investigation would have been compromised.

It's not that Mexico's political class are inherently corrupt, although corruption is a significant problem, it's that stopping drug trafficking altogether is a literally impossible order. At best, Mexico and the U.S. can hope to regulate the drug trade, either through some official framework or through informal arrangements.

For the sake of relations between the U.S. and Mexico, the U.S. is in the awkward position of maintaining an entire bureaucratic infrastructure dedicated to enforcing prohibitionist drug laws while simultaneously having strategic priorities entailing a need to maintain ties with Mexico's political establishment who ultimately regulate drug trade through informal arrangements.

The dysfunctional nature of this relationship has never been clearer.

The arrest of Cienfuegos came at the tail end of a 2-year window in which two system shocks to the U.S. and Mexican political establishments afforded the Drug Enforcement Administration (DEA) an opportunity to make a case against someone that, until now, has had the political protection of the establishments in both countries. Mexico's political establishment since the Mexican Revolution until 2018 has consisted of the generally docile and cooperative but hopelessly corrupt Partido Revolucionario Institucional (PRI), and from 2000-2012 the even more accommodating but equally corrupt Partido Acción Nacional (PAN).

With the election of López Obrador of the nascent Movimiento de Regeneración Nacional (MORENA) party in 2018, some of the most powerful officials managing the drug trade in Mexico lost their political protection.

Despite what you might think, the DEA doesn't make decisions based on geopolitical strategic interests. Although the Department of Justice (DoJ) is a political entity which has selectively enforced the law at times based on the directives of the political leadership, the DEA is first and foremost a law enforcement agency. Ultimately, they're cops. If you don't believe me, try talking to them sometime. You might be surprised.

While there's an argument to be made that they do act as an extension of political foreign policy goals, the DEA's main objective in Mexico is disrupting and interdicting the drug trade and the most powerful traffickers. If they have evidence that someone committed a crime in the US, like importing thousands of kilos of cocaine, meth and heroin, they have an obligation to charge that person or make a bargain with them for information on someone higher up the food chain.

The election of Donald Trump in 2016 was a disruption within the U.S. political establishment as well. Whatever you think of him, most would agree that President Trump does not make decisions the same was as his predecessors. The Trump administration hasn't exactly been characterized by highly organized management of the U.S. bureaucracy, where the unique agendas of the different executive departments were coordinated and reconciled as efficiently as in previous administrations.

The U.S. political establishment represented by the State Department and DoD have different priorities which can conflict with the priorities at DoJ, as we're seeing right now. In the absence of effective management for reconciling those differences, is it really incomprehensible that DoJ would uphold the law in a case in which an opportunity to arrest one of the most powerful drug traffickers in Mexico presented itself?

I don't think so. I think the failure here is in the contradictory priorities of upholding the law while failing to uphold our professed values in the dirty business of maintaining a particular world order.

The reaction from Mexico was exactly what you might expect. They were caught off guard by no one coordinating with them regarding an investigation that the DEA assessed would have been compromised by sharing it with officials in Mexico's Attorney General's office, which leaks like a gas station condom that went through the washer and dryer. This implies that there are deep, systemic problems within the military in Mexico which is surprising to no one that even casually follows this subject.

Mexico's president has placed a tremendous amount of stock in the military for the success of his political project. That topic is beyond the scope of this, but the bottom line is that he needs the support of the military to achieve what he set out to do, which he would lose by not protecting Cienfuegos and others within the military establishment and allowing the U.S. to enforce the law in this case.

The Cienfuegos case is ultimately about one thing for Mexico: sovereignty, which ironically entails permitting the existing informal regulatory system of the drug trade. There are years of work which went into brokering deals with drug trafficking groups as a part of the counterinsurgency that started 14 years ago. Political power and organized crime are inextricably linked and there is no way to prosecute that dynamic out of existence.

The arrangement between DoJ and Mexico's FGR is being spun as some deal between Trump and López Obrador, but I really doubt that's the case. The people most upset about the arrest of Cienfuegos were the U.S. and Mexican political establishments. Mexico's president may have given the direction to the FGR to broker some kind of deal with the U.S. DoJ, and it may have been authorized by Trump, but it was a reaction to the circumstances and pressure from the military who are rightfully aggrieved with the contradictory demands of the U.S. to both prosecute a war against armed belligerent groups while making informal arrangements with drug traffickers out of necessity at times in order to do that.

This was a strategic decision by the López Obrador administration only in the sense that self-preservation is technically a strategy.

What happens after this has yet to be determined. Cienfuegos and others within his network will likely not face justice the same way that they would surely face it in a U.S. federal court. But on the other hand, there are also opportunities for Mexico to prosecute Cienfuegos for the things he most deserves to be prosecuted for, like the disappearances, murders, torture and fabrication of criminal charges against innocent and semi-innocent people that this war has always entailed.

This case crystallizes the contradictions inherent to the inaccurately named War on Drugs. The war has never really been about drugs. That much is perfectly clear now. There's no going back to how it was before. 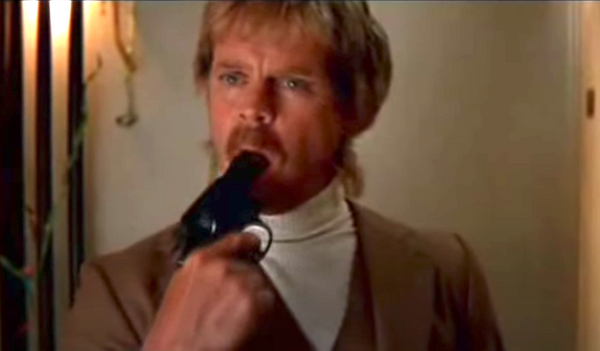 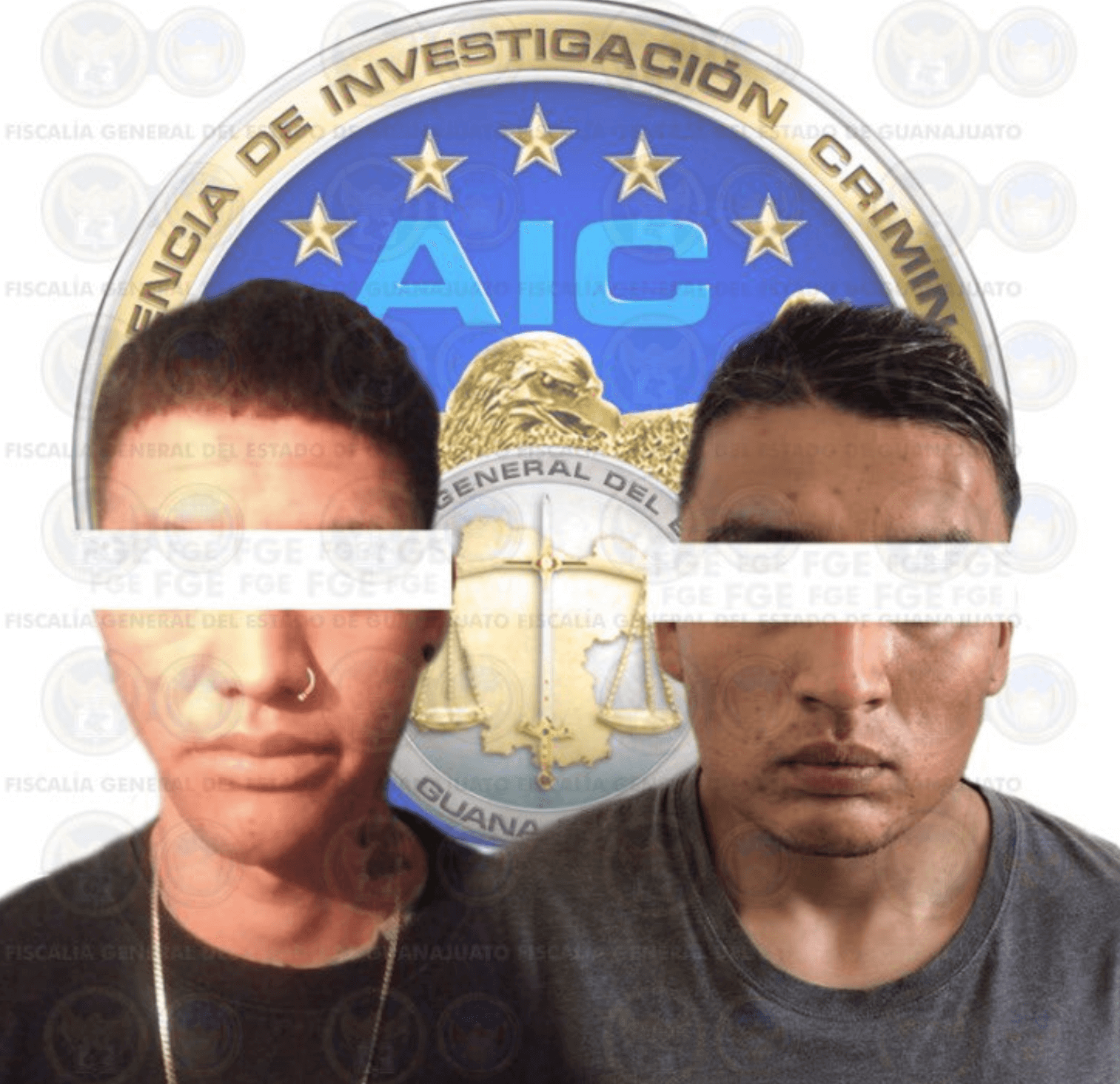 It all rests on the court systems now