One of the most commonly asked questions from laypersons when talking about the Drug War in Mexico is, "why can't they just bomb them?" This frequently comes up when they see images of criminal groups that appear to roam the country in large caravans seemingly unopposed by the state.

The truth is, Mexico does have offensive aerial capabilities and they have used them before, like in an operation in Nayarit in 2017 against the now mostly defunct Cártel de los Beltrán Leyva.

But there are several reasons why this strategy would ultimately end up being unsuccessful against a criminal insurgent group that blends in with the civilian population.

First, while attacking with superior capabilities could win a short term victory by killing a few truly bad guys, in the long run, there will probably be occasional civilian casualties. The population, which the criminal insurgent group relies on for protection, will ultimately come to see the military as the aggressors or the bullies. This is what's known in military circles as the mental and moral levels of war. You can beat the enemy physically by shooting them like fish in a barrel from a helicopter, but this ends up scaring the shit out of the population, who come to see you as the asshole. This is not what you want to do.

Secondly, those guys on the ground in the convoys fighting it out in the Tierra Caliente and the Bajío are their guys. Maybe not literally (sometimes maybe they are, who knows?), but the lines where the state begins and ends are almost nonexistent in the shadowy world of the Drug War. State and non-state groups depend on each other for many things. The state can do what the non-state cannot, and vice versa. Even if those aren't their personnel, those are still their guys in the sense that they represent the goals of the state at various levels (municipal, state and federal).

For instance, the Cártel Jalisco Nueva Generación (CJNG) Grupo Élite represents the Mexican state in their battle with Cártel de Santa Rosa de Lima (CSRL) in Guanajuato. Whether the guys in the propaganda videos are cops or the military ultimately doesn't matter. In Guanajuato, CJNG Grupo Élite functions as an extension of the state. If CJNG is really as powerful of a criminal organization as it is said to be, then the state functions as an extension of CJNG by arresting the leadership of CSRL.

This leads us to the apparent security strategy of the Mexican government in Guanajuato. For several years, Guanajuato has been a violent quagmire. The government has been trying to remove CSRL from territory they occupy in the state's industrial corridor. If the government sent in helicopters to the CSRL stronghold of Celaya and attacked CSRL from the air, CSRL would persist by doing what they've always done: fleeing and blending in with the civilian population. La Familia Michoacana (LFM) and Cártel del Noreste (CDN) use the exact same strategies. But ironically, a physical victory for the state achieved by using overwhelming force and technical capabilities may end up actually strengthening CSRL's protection in the community.

Instead, the only strategy the state is left with to get rid of CSRL is to either 1) trust the judicial process, which doesn't always work because corruption is rampant and human rights can be used (inadvertently or maliciously) to protect criminal groups, or 2) kill the worst associates of CSRL, but do it without breaking the law. This is where the relationship with the non-state force comes in. SEDENA may not be able to go into Celaya with guns blazing, but CJNG can kill whoever it wants. Not only that, but CJNG can also hold territory whereas the state has no power of deterrence. Everyone already lives in constant fear from the rampant insecurity so there is no loss at the mental level by having CJNG doing assassinations. Or maybe the state could send in their own special operations groups and leave a note signed "CJNG" behind at the scene. Regardless of the methods, the state certainly doesn't gain anything like legitimacy from this approach, but they pretty much have nothing to lose to begin with. Some will argue that targeted killings are an essential component to warfare with an enemy that lives among the civilian population. Until the institutions of the state are strong enough that the judicial process can deal with persistent threats like CSRL, LFM and CDN, maybe there will continue to be a need for CJNG Grupo Élite.

Between 2018 and 2019, there was remarkable improvement in the violence in Veracruz. The oil-rich eastern coastal state went from among the most violent states in the country to below the national average. Why is that? A discussion for another time. 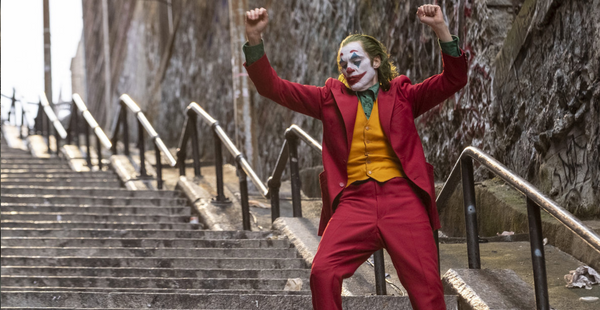